Towards the end of 2018, G Jones shook the electronic music industry with his debut album “The Ineffable Truth.” As expected, with this impressive album comes an equally impressive tour. On the second leg of the tour, G Jones and his crew set up shop at Concord Music Hall in Chicago on 2/21 for a historic Thursday night throw down. 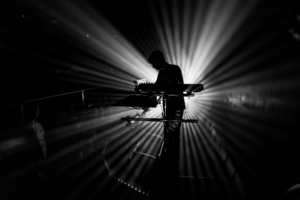 Chee, in his return to Chicago after a huge set at Solar Tide, started off the night hot and heavy. Immediately following was Tsaruda with an experimental set. G Jones’ set on this tour took a step in a new direction. The set flowed beautifully, with slow, melodic bridges from song to song (something we haven’t seen in a live performance since Porter Robinson’s Worlds Tour) while still keeping the high energy we’re used to from G Jones. The 80 minute performance showcased his new music from “The Ineffable Truth,” classic G Jones bangers and even some unreleased ID’s.

From the openers, to the production, to the set itself, “The Ineffable Truth Tour” truly sets a new standard for electronic concerts. Thank you to G Jones and his crew for having EDM Chicago out, and be sure to catch a stop on the tour if you haven’t yet.