Just like that, it’s time for the famed Coachella Music Festival once again. Back for its 17th year, Coachella will be held at the Empire Polo Club in Indio, California – and is split into two weekends, the first starting this Friday, April 14th. Coachella has finally released the set times for Weekend 1, alongside maps and other resources you may need if you’re headed to Coachella this weekend.

Some big names in EDM performing this weekend are Dillon Francis, Steve Angello, Richie Hawtin, Martin Garrix, DJ Snake, What So Not, Marshmello, Jai Wolf – but don’t limit yourself to just checking out the electronic tunes. We encourage you to see what else the festival has to offer.

Be sure to check out the set times for all of Coachella Weekend 1 2017 below: 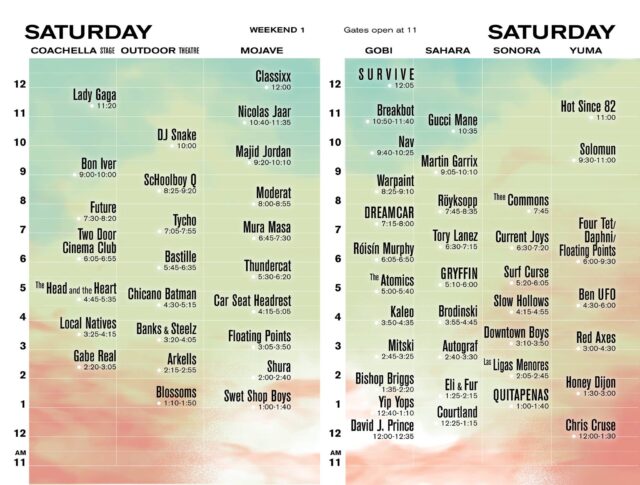 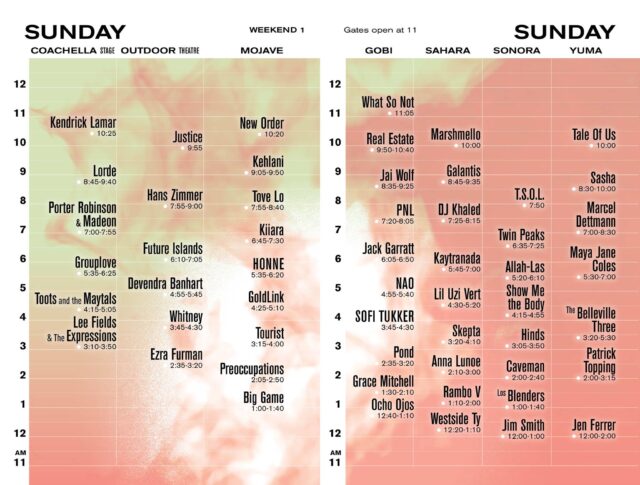 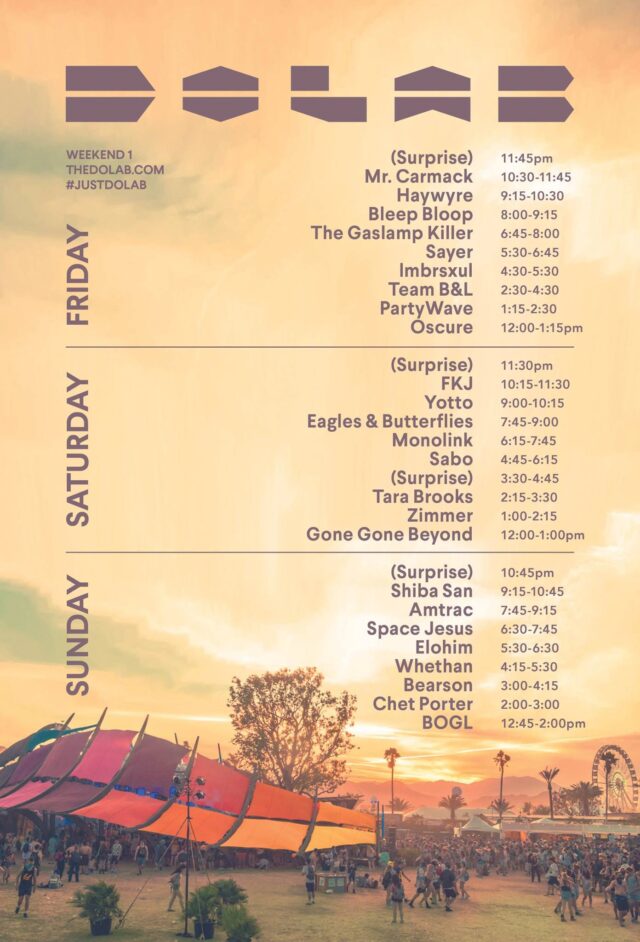